Ovation | Al Di Meola in His Own Words

By: Denys Bolotnikov
In: Ovation Guitars Company
With: 191 комментарий

Ovation | Al Di Meola in His Own Words

Guitarist Al Di Meola ’74 has probably played more complex, cross-picked arpeggio figures than any other living guitarist. In his solos, his pick flutters with the speed of a hummingbird’s wings, but with greater intensity. During the 1970s and 1980s he consistently topped music magazine polls and was chief among the guitar titans who rode the wave in the heyday of jazz fusion. Throughout his long career he has influenced hordes of young guitarists worldwide.

His star ascended while he was still a Berklee student. Di Meola received a call from Chick Corea to replace Earl Klugh as the guitarist in Corea’s Return to Forever band. He hurried to New York and rehearsed with the legendary lineup (keyboardist-composer Chick Corea, drummer Lenny White, bassist Stanley Clarke) for a few days before they appeared at Carnegie Hall. The 19-year old Di Meola’s fiery guitar playing was a contributing factor to that group’s album No Mystery winning a Grammy in 1975, and further success. The following year, Di Meola released his first solo album, Land of the Midnight Sun, featuring a star-studded array of guest instrumentalists. Since his debut as a leader, Di Meola has released 27 more albums.

Among Di Meola’s other notable collaborations was the acoustic guitar trio he formed in 1982 with fellow guitar virtuosi John McLaughlin and the late Paco de Lucía. The first of their two albums, the live recording Friday Night in San Francisco, achieved multiplatinum sales and the group drew thousands to their concerts around the world. During the 1990s, Di Meola put together The Rite of Strings, another acoustic trio with violinist Jean Luc Ponty and bassist Stanley Clarke. They also recorded an album and toured extensively.

On his latest recording, Elysium, Di Meola weaves sinewy lines in and out of electric- and acoustic-guitar textures. In the fall of 2015, Di Meola completed a tour of the United States. with an electric band for the first time in several years.

In July 2015, the guitar master became the 22nd recipient of the Montreal Jazz Festival’s Miles Davis Award presented to artists for “contributions to the continuing tradition of jazz.” Having recently married a German woman, Di Meola currently divides his time between homes in Munich, Germany, and Miami, Florida. In a recent phone call from the States, he looked back over his long and successful career.

I started out like most kids in the early sixties liking pop and rock music. I took lessons at a local music shop with a teacher who was an old-school jazz buff. He taught me a lot related to jazz chords and scales. In my teen years, I went through phases with rock and, for a short time, bluegrass, and then shifted back into jazz. Living in New Jersey, close to New York City, I could easily go into the city to hear all kinds of music. I went to Latin music clubs, jazz clubs in the Village, and to rock shows at Fillmore East. All of it was inspirational, you learn as much from listening and watching as you do from lessons.

I had been at Berklee about a year when I got a chance to audition for the Barry Miles Quartet. Barry was the first fusion musician. He’d had Pat Martino and then John Abercrombie playing guitar in his band, and all the guitar players at Berklee were checking out Barry’s records back then. Somehow a friend of mine met Barry and told him about me. He was interested in auditioning me at the Bitter End in New York. I got the gig, and Ieft Berklee and spent six or seven months working with Barry’s group. Then I came back to Berklee.

But a semester after I returned to Berklee, Michael, the same friend who helped me connect with Barry, connected me with Chick Corea. Michael was an amateur recording engineer and had made a pretty good sounding tape of me playing live with Barry. A bunch of us from Berklee had gone to see Return to Forever when they played in Boston, and I told Michael that I’d give anything to be in that band. He somehow found Chick and persuaded him to listen to the tape. I got a call from Chick saying he’d listened to the tape and loved what he heard. He asked me to come to New York to audition. I got the gig, and after a couple days of rehearsal we played at Carnegie Hall.

My acoustic guitar playing started with Chick. There was a segment within the show where he wanted each member of the band to play an unaccompanied acoustic solo. So I got an Ovation acoustic guitar, and that’s how it began. I saw opportunities for acoustic guitar. You can play more intricate things—especially chords and strumming—than you can on an electric. My influences from Latin music carried into my acoustic playing. So if Chick hadn’t asked me to play a solo spot in the show, I might not have had an acoustic career. The acoustic side of things took off like a rocket when I did the trio with Paco de Lucia and John McLaughlin some years later. It was wildly successful. The record sold more than 5 million copies and each gig was like a major rock concert. That’s when I saw the future. I didn’t want to be up on stage at 80 with an amplifier screaming in back of me. I saw that I could sit there with an acoustic guitar playing intricate stuff and the audience would accept it.

My first World Sinfonia group [formed in 1991 with bandoneon player Dino Saluzzi, percussionist Arto Tunçboyacıyan, and guitarist Chris Carrington] was a unique acoustic group. On our record Heart of Immigrants we blended a Latin syncopated approach with tango influences and jazz improvisation. The bandoneon wasn’t as well known in America then as it was in Europe and South America. The blend of styles is what made it pretty unique.

When I listen to my early records, I am amazed at how good they were. On my first solo record [Land of the Midnight Sun from 1977] I had bassists Jaco Pastorius, Stanley Clarke, Anthony Jackson, Alphonso Johnson, drummers Steve Gadd, and Lenny White, and Chick Corea played keyboards. I started out the right way with these guys rather than trying to put my own group together quickly [with less-established players]. These guys lifted the music up and really brought something to it. I continued that approach [hiring top players] with Elegant Gypsy and Casino. My course could have been different if I had gotten inexperienced musicians and started [my recording] foundation with them. It was the right move at the time.

I want to maintain the new electric group that I [recently] put together. I have [keyboardist] Philippe Saisse ’78, who was in my first band, and percussionist Gumbi Ortiz, who has worked with me before, back in this lineup. There are also three new guys: violinist Evan Garr, drummer Luis Alicea, and bassist Elias Tona.

I want to do another tour with this band. I was thinking that the tour we finished in the fall [with its concluding concert at the Berklee Performance Center on October 31, 2015] would be my last electric tour. But we had such a good time. I have some great young musicians in the band who were good at taking direction, and we were able to take this music into a whole new space due to their abilities and attitudes.

The majority of [the work] I do these days is in Europe and the gigs are more scattered on the calendar. I have acoustic musicians over there that I can call for gigs as a duo, trio, or quartet. Sometimes I use a string quartet. We don’t specify a period of time for touring; offers come in and we take them or not. Since I have a place in Munich, which is in the middle of Europe, it is easy to come and go. So it’s OK when I have a gig and then three or four days off before the next gig, then a week off. That would not be cost-effective if I only lived in the States. So we can leave things wide open.

In the best of times, I might have gone out on tour for two months at a time. And it would be hard to go out and play every night like that at this point. Times have changed. A lot of the people that come from the era that I emerged from were playing in Europe frequently. Everyone has seen the gigs cut back. The world has changed and CDs have [become less relevant]. There is still work in Europe, but not as much as there was before. I am fortunate because I have work. Some of the well-known festivals that maintain the moniker of “jazz festival” are not jazz festivals anymore. The Montreux and the North Sea Jazz festivals are booking a lot more rock and pop musicians. Because I am not pigeonholed as a straight-ahead jazz musician, it’s been better for me. I have a bigger following in Europe than in the States.

Recording All Your Life [Di Meola’s tribute to the Beatles released in 2013] at Abbey Road Studios was a dream come true. Every day was very inspiring and fun. Funny things happened along the way. I recorded three songs there and came back to the States and figured I’d finish it here because working at Abbey Road is very expensive. You practically need a movie budget to record an album there. I tried recording in my studio and at some of the best studios in New York, but the sound quality was not as good as it was on the first three songs. So I decided to take time and arrange other songs and then go back to Abbey Road. That summer, I rented a house in the Hamptons. I’d never been there before. The guy who rented the house to me told me the guy next door was Paul McCartney. It was one of my dreams to meet him. If not for the Beatles, I might not be playing the guitar. When we pulled up to the house, Paul was standing in the driveway with his wife and some friends. I got to meet him and talk to him.

I think people are coming to terms with me being a composer [rather than just a guitarist]. In the beginning, it was all about my technique. But I started out with Return to Forever, and that band was about the compositions. I’ve always held to that. It’s the music that keeps you glued. If it was just about my playing and technique, I would not have lasted that long. Finding that I had the ability to write was important. It would be nice to be remembered as someone who writes tunes with depth and quality and as a player that inspires. 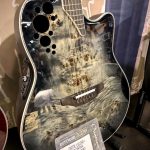 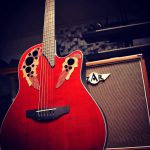 Ovation | Adamas Guitars are back! 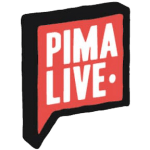